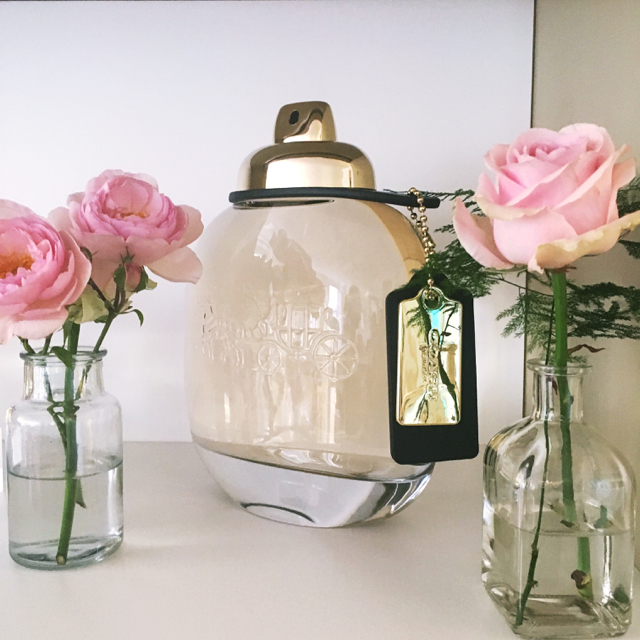 The American accessories and fashion brand Coach turns 75 this year, and British creative director Stuart Vevers has been intimately involved in the creation of a new fragrance which sets out to capture the freshness he’s injected into this heritage house.
From veteran perfumer Anne Flipo and the perfumer she’s helped to mentor, the talented Juliette Karagueuzoglou, Coach is infinitely wearable and just as flirtily feminine as the palest peachy-pink juice hints at.
The duo turned their considerable combined talents to this utterly contemporary take on the rose, expressing that flower via an elegant creaminess – both ‘lifted’ by the sparkle of raspberry leaves and exquisitely softened by suede musks, as it warms. ‘Coach Eau de Parfum is inspired by the spontaneous energy and downtown style of New York City,’ we’re told. ‘It’s a fragrance full of contrasts – spirited and sparkling, yet sensual and feminine.’
And it’s offered in the cleverest of bottles, too: twist the tab to spray, twist again to close. From the neck hangs one of Coach’s signature tags, in gold against ebony leather.
If our Instagram ‘likers’ are anything to go by, Coach‘s long-awaited fragrance is going to be one of autumn’s hits.
And speaking of ‘hits’, we’re loving the video below – with its soundtrack, Narrows (by Widowspeak); we’ve downloaded their whole All Yours album, from which this is taken, via iTunes. Its star? Actress Chloë Grace Moretz, already a veteran of 30 movies at the age of 18, who’s been the all-American ‘face’ for Coach fashion since Stuart Vevers’s debut 2015 Spring ready-to-wear collection and was filmed/photographed for the campaign in this vintage Cadillac by Steven Meisel.

And if any perfumer – or perfumista – is looking for an object lesson in bottling prettiness, they need look no further.
Coach the Fragrance from £35 for 30ml eau de parfum natural spray
Buy it at The Perfume Shop 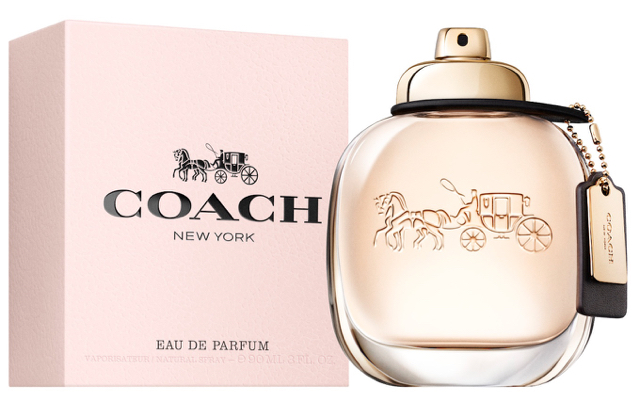 Category: Just launched
Tags: Stuart Vevers, Chloe Grace Moretz, Coach the fragrance
Recommended Posts
RECENT POSTS
CHECK OUT:
LATEST FROM OUR SHOP
Follow By entering your email address you agree our blog partner (BlogLovin) sending you emails with our latest blog. You can always unsubscribe. We do not pass your information to anyone else. See our privacy policy.