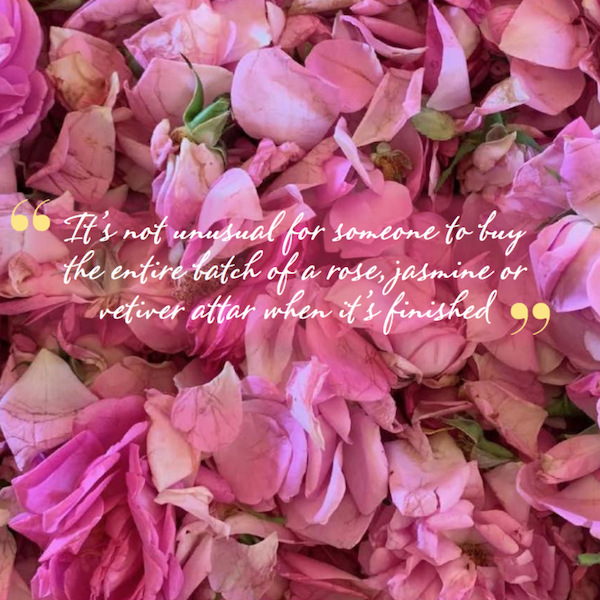 There’s an ancient city that’s become known as the perfume capital of India. Roses, roses everywhere! If ever you needed an excuse to feast your eyes on beauty, these seemingly endless dull, grey days are immediately brightened by reading this fascinating report by Rachna Sachasinh for National Geographic.

‘For centuries Kannauj (pronounced kunh-nowj), in northeast India’s Ganges belt, has been crafting oil-based botanical perfumes called attar using the world’s oldest known distillation methods,’ the piece begins, and as you gaze in wonder at the carpet of pink blossoms – and imagine with great longing the glorious scent in the air – it’s not hard to understand how the fragrances produced from the Rosa damascena shrubs planted there were soon ‘Sought after by both Mughal royals and everyday folk in ancient India’s fragrance-obsessed culture’, so that the ‘Kannauj attar scented everything from wrists to food, fountains to homes.’

We are thrilled to see the region showcased in the national media, now, for their utterly wonderful roses and fragrances produced from them, because Amanda Carr had already travelled to the city of roses, and last year wrote an exclusive report on The Scents of India for our magazine, The Scented Letter, for which she was nominated for a Jasmine Award, and which you can read in full, here! 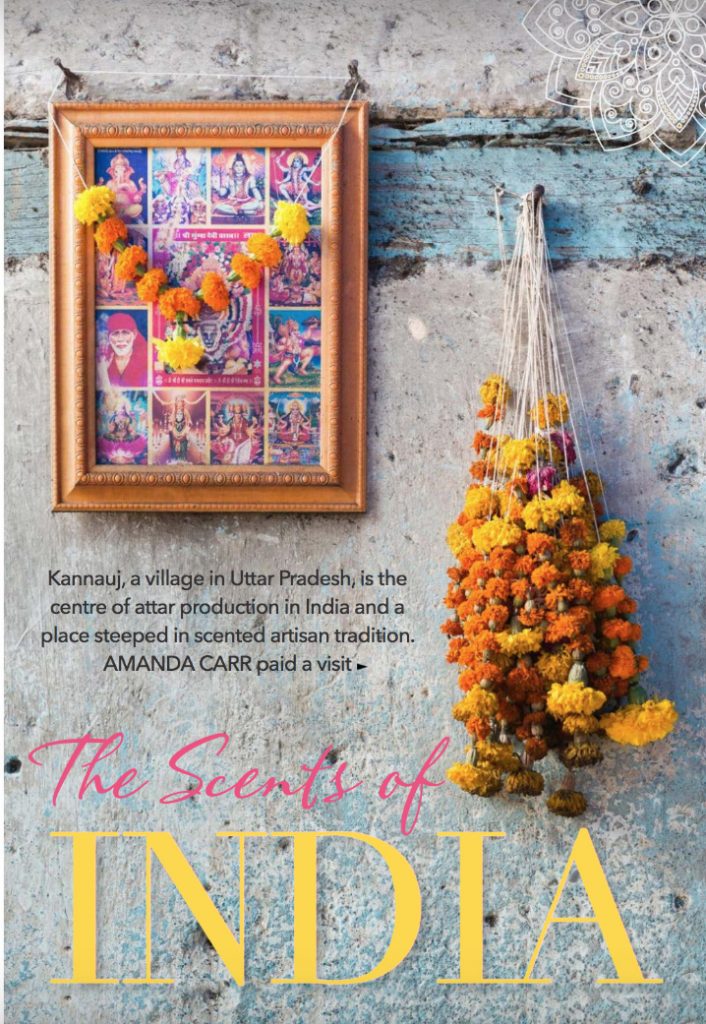 It’s worth reminding ourselves that rose fragrances have been worn by both genders for centuries, too – it’s only Western and European cultures who more recently classed rose as ‘female’, and something the fragrance industry has begun to overturn (thank goodness!) by introducing many more rose-centric scents marketed at men or classed as ‘unisex’. We’ve said it many times before but we’ll go on saying it: smells do not have a gender – they’re for everyone who wants to wear them! 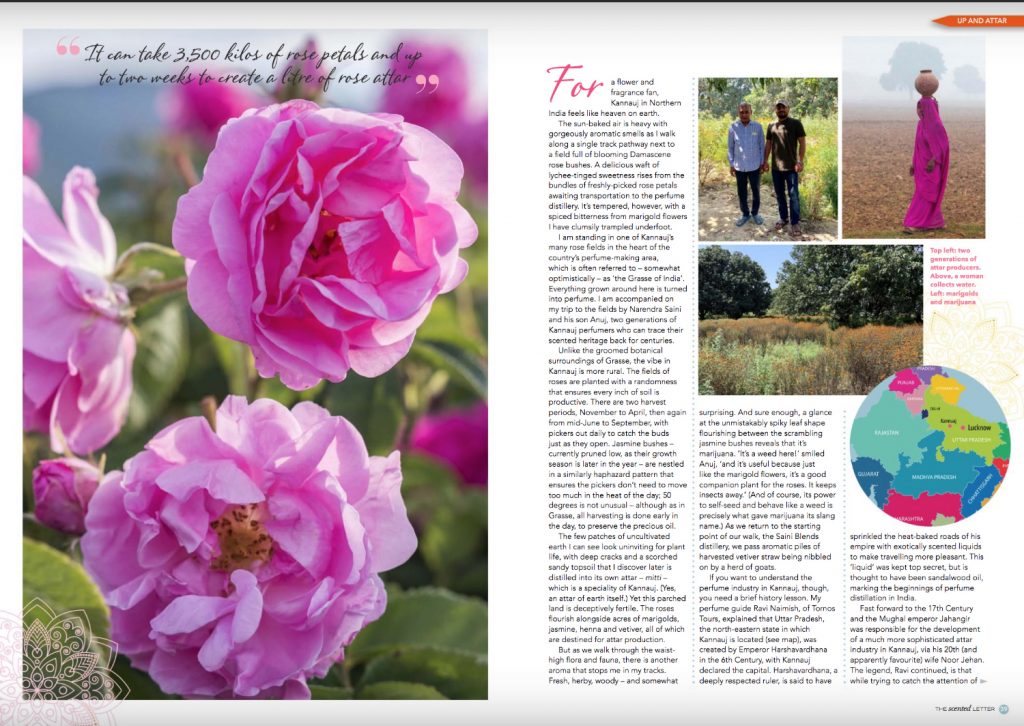 Indeed, the more recent National Geographic feature goes on to describe how the rose fragrances produced in Kannauj have proved ‘Equally alluring to men and women,’ because the ‘attars have an androgynous quality. They strike intense floral, woodsy, musky, smoky, green, or grassy notes. Trotted out by season, attars can be both warm (cloves, cardamom, saffron, oud) and cooling (jasmine, pandan, vetiver, marigold).’

I am lucky enough to have a little bottle of the Gulab (Indian Rose) attar from the Saini Blends distillery she visited, and which Amanda very kindly gave me when she returned from her travels. I cannot tell you the utter bliss it has been to wear it – a soft but fully enveloping cloud of powdery, fruity petals that almost smells like Turkish Delight sprinkled with icing sugar. Sheer joy, and a constant comfort to sniff and be reminded not only of our friendship, but of the wider world, of places I want to travel to, of beauty itself.

If you are interested in learning more about attars, I cannot urge you enough to read Amanda’s feature in full – there’s even a section on how to tell the attars apart, and how to order directly from Saini Blends themselves. It’s vital we not only celebrate this ancient art (and the fact that rose fragrances did not bloom unbidden from Grasse, originally) but support those who still work there. Because, as Amanda reported for us, ‘the attar industry in Kannauj has fallen to around 100 artisan makers today, from over 700 at its peak…’

Categories: Slider, News, Features
Tags: rose perfumes, rose, attar, scent, Kannauj, rose oil, history, india, roses, natural, duft, The Scented Letter Magazine, fragrance
Recommended Posts
RECENT POSTS
CHECK OUT:
LATEST FROM OUR SHOP
Follow By entering your email address you agree our blog partner (BlogLovin) sending you emails with our latest blog. You can always unsubscribe. We do not pass your information to anyone else. See our privacy policy.