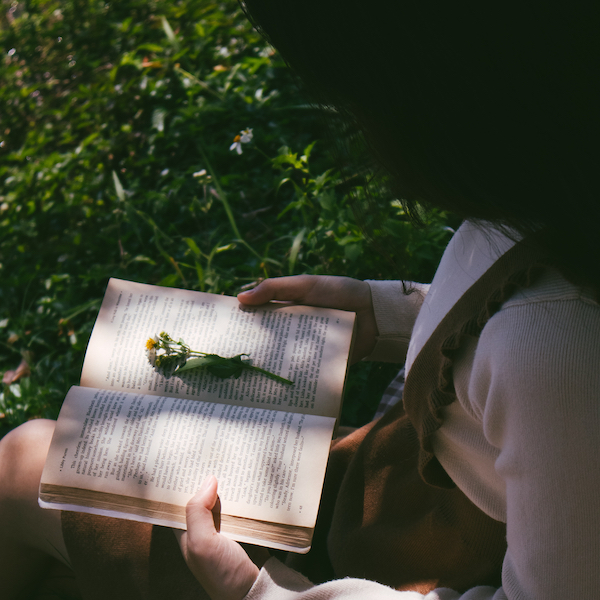 Fragrance and literature have a scented symbiosis, a way of piercing beneath layers of logic to reach our most instinctive emotions. They tap into deep-seated memories, dare us to dream, and share the power to make us feel a certain way, even if we don’t fully understand why.

Consequently, English Literature is a particularly bountiful resource for perfumes – so many have taken inspiration from the pages of novels, hoping to evoke the atmosphere of the story itself, or exemplify famous characters through the ages.

Writers frequently allude to other senses when attempting to fully plunge the reader into a plot – the most skilled wielding the sense of smell as another character, almost, or underlining that most private, inner world the other characters inhabit. 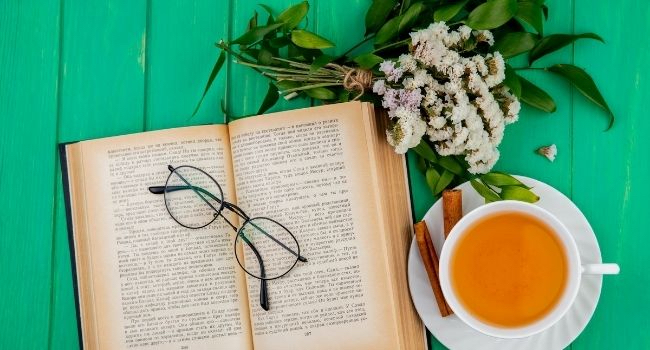 I encourage you to dive into these scented stories, for as Master Perfume Jean -Claude Ellena says:

‘Perfume is a story in odour, sometimes a poetry in memory…’ 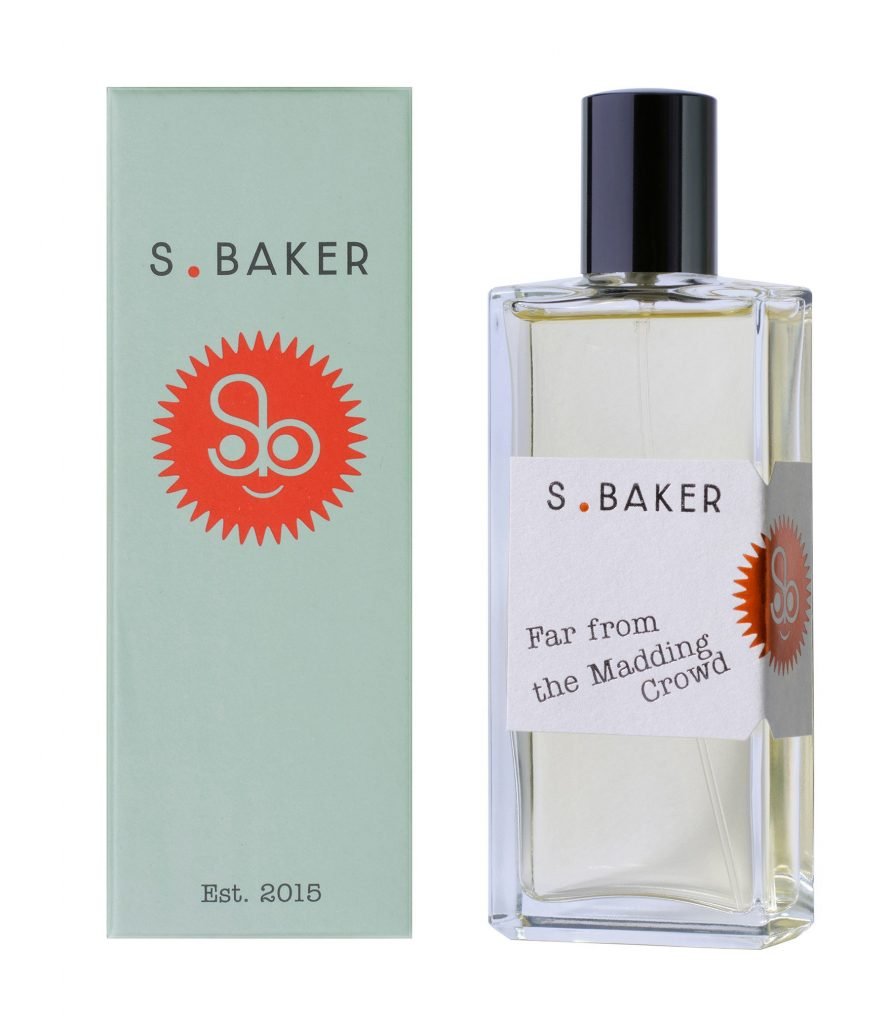 Juxtaposing idyllic pastoral scenes with simmering, intense emotions, this fragrance references Thomas Hardy’s book of the same name, seeking to evoke an atmosphere that is, to quote Baker, ‘simultaneously exquisitely beautiful and cruelly unforgiving.’ Amidst the beautiful note of heliotrope – a flower that often grows wild among ancient hedgerows – dangerous declarations and balmy evenings are poised betwixt the romantic idealism of a country picnic. Think long summer grasses, orchards filled with fallen fruits, wide meadows to run through in gauzy gowns, willows to sit beneath while passionately pining. 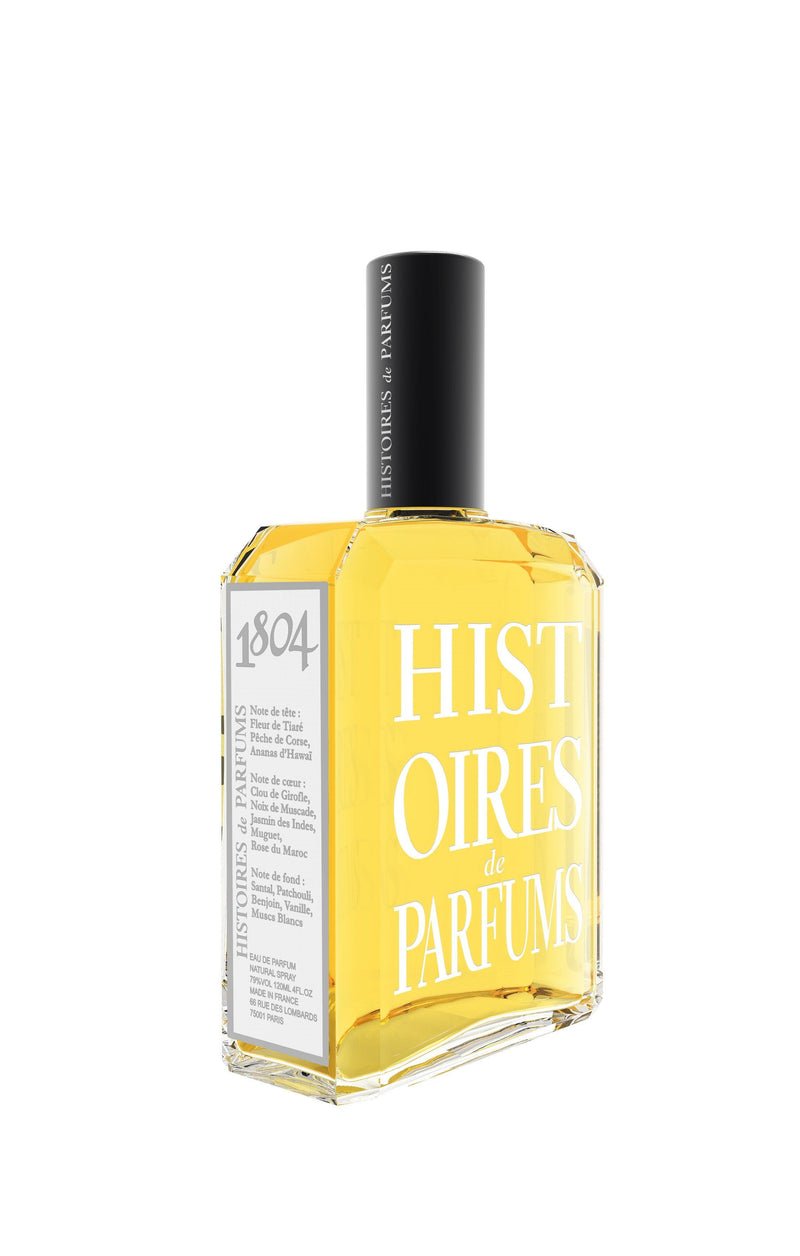 Renowned for her androgynous pen name, Sand was ‘the incarnation of the first modern woman’, and forms a central part of the brand’s literary leanings (which include an intriguing voyage via their 1828 Jules Verne and the rather more risqué 1740 Marquis de Sade). This vibrant throb of a scent tempts the senses with succulent pineapple before lavishly decorating with tall vases of white flowers and coming to rest on the warm, ambered sensuality of the spices that ripple throughout. If ‘fruity’ fragrances have previously made you recoil, come back into the fold with this utterly grown-up and bosomy embrace. 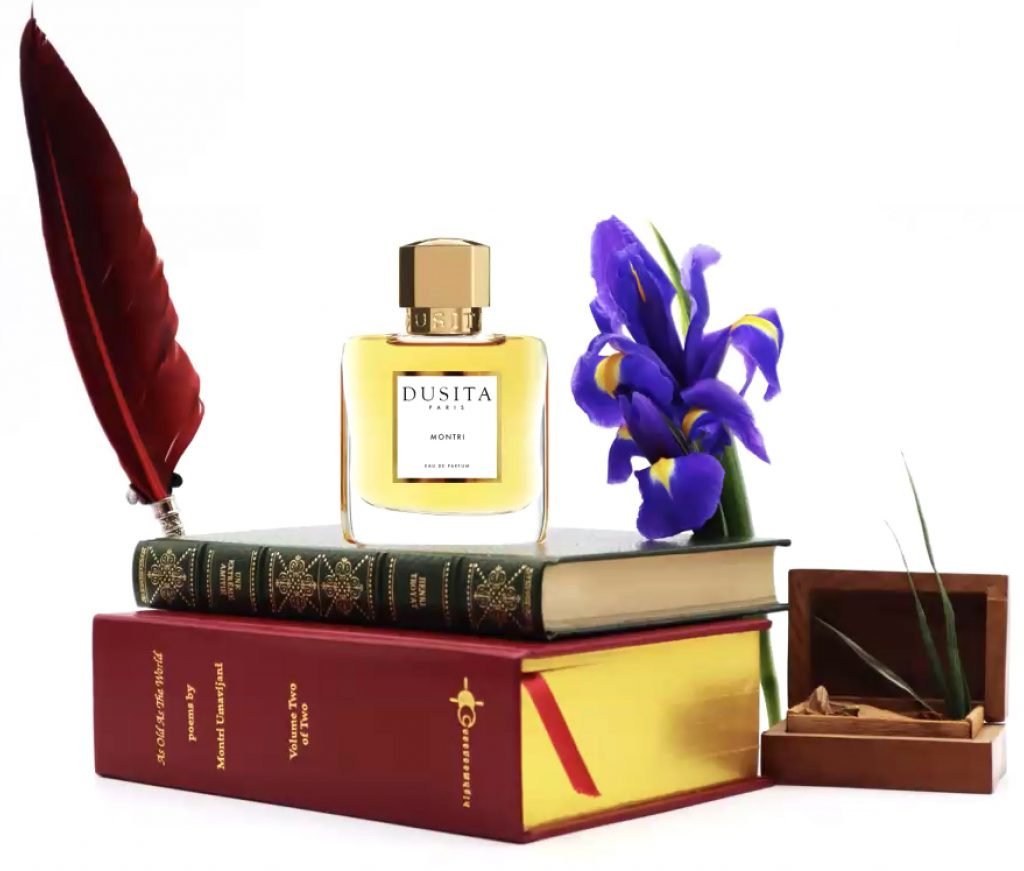 A writer, traveller and strong yet gentle man who spent a lot of time in Paris, this fragrance was not only inspired by one of his poems, the office he wrote in and the materials he used – it radiates a sense of his poetic soul. A refined and ultra smooth blend of sophisticated spices are seamlessly stirred through orris butter, rose and Oud Palao. Ah, but this is a sheer, spacious and uplifting oud that speaks of wooden desks, piles of papers, the gentle scratch of a fountain pen on parchment and writing as the sun sets. An elegantly comforting scent that feels immediately timeless, how perfect for perfumer Pissara Umavijani to honour her literary father in this way, and what an honour for us, the wearers, to share it. 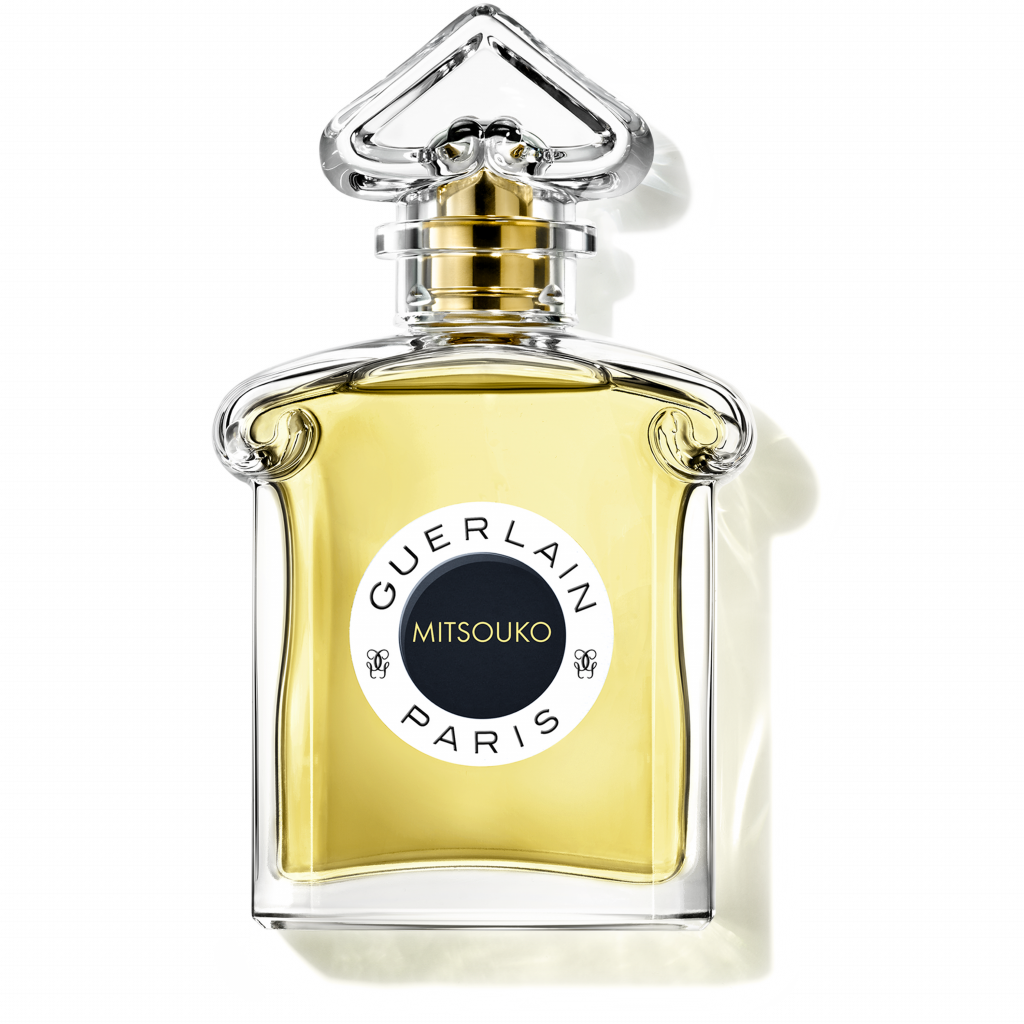 Author Claude Farrère was a close friend of Jacques Guerlain, so when Farrère included a Guerlain fragrance in his novel Opium Smoke, describing ‘Jicky poured drop by drop onto the hands blackened by the drug’, Jacques was thrilled at the symbiosis and returned the favour by naming one of his greatest ever creations after a character in Farrès novel La Bataille. Conjuring romanticism as see through a woman’s eyes, this scent is a complex unfurling of cinnamon infused, milk-lapped plump peach skin, the oakmoss trail that lingering beguilingly for hours. The masterful current reformulation by Thierry Wasser is as close as we’ll get to the original, thanks to oakmoss restrictions, but oh it’s a must-sniff for literary and perfume lovers alike. 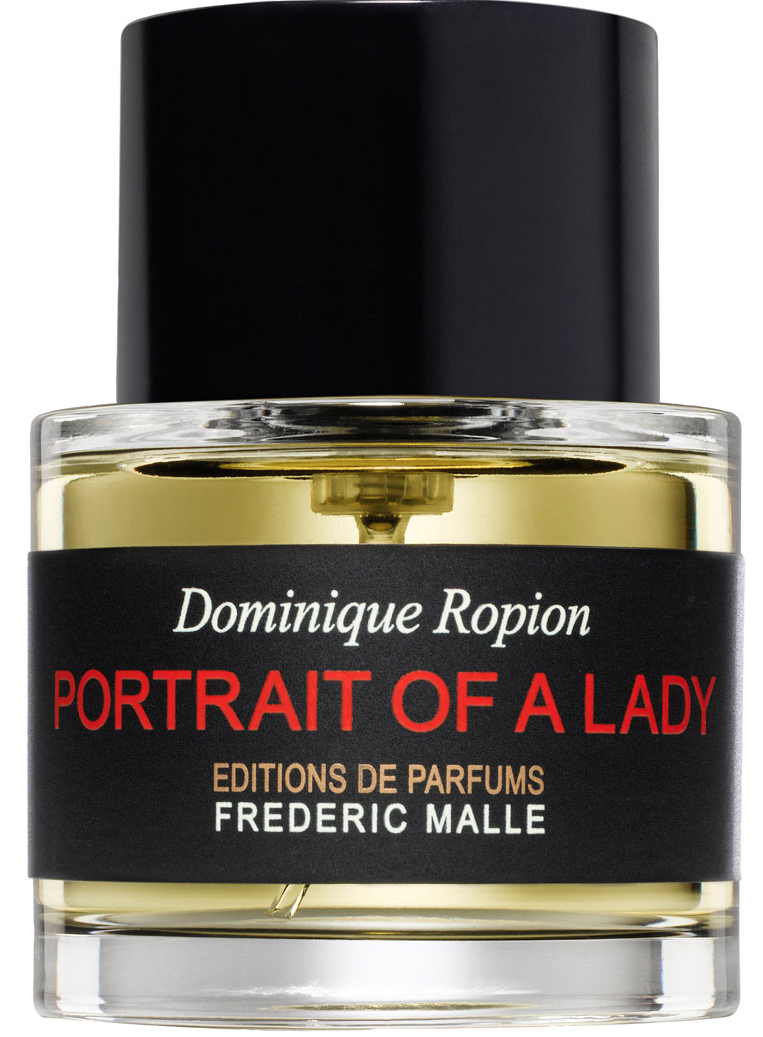 Frederic Malle Portrait of a Lady

In Henry James’ eponymous novel, protagonist Isabel Archer sulks her way through immaculate gardens, burdened by blessings of too much beauty, intelligence and wealth [#thoughtsandprayers] while James himself seems to scamper behind, awed by her melancholy and reflecting that ‘a visit to the recesses of one’s spirit was harmless when one returned from it with a lapful of roses.’ Dominique Ropion’s fragrance leads the wearer face-first into that lap, a rambunctiously sexualised and swaggeringly confident portrait of the woman she might have been, perhaps; the shadier bowers ravaged for ripe berries, lips stained vermillion from their juice, petals torn as velvety pocketfulls of roses are ripped from their stems. A page-turner on the skin, for sure.

Categories: Features, Slider
Tags: education, subjects, English Literature, Characters, literature, novels, library, books, author, school, culture, perfumer, scent, perfume, fragrance
Recommended Posts
RECENT POSTS
CHECK OUT:
LATEST FROM OUR SHOP
Follow By entering your email address you agree our blog partner (BlogLovin) sending you emails with our latest blog. You can always unsubscribe. We do not pass your information to anyone else. See our privacy policy.