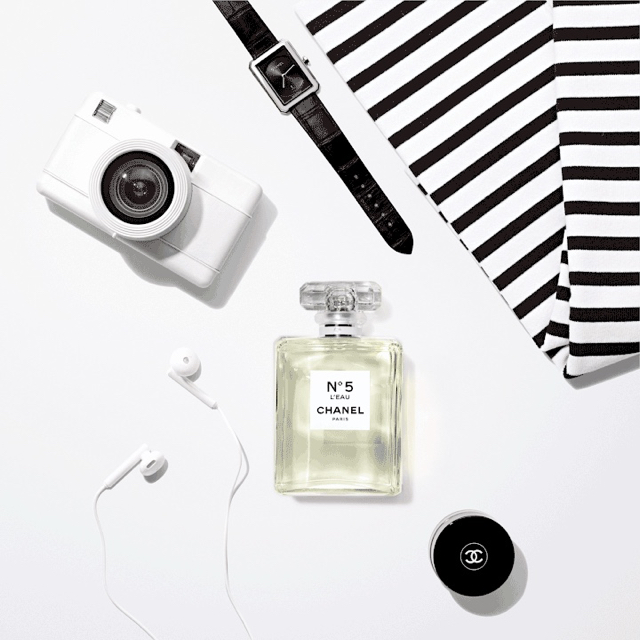 It can’t be easy reimagining the most famous fragrance in the world – so: Chanel straw boaters off to Olivier Polge, sort-of-new in-house perfumer, for this dazzling take on the iconic fragrance.
This isn’t just a ‘tweak’, though. According to Chanel: ‘No.5 L’Eau is not a Cologne. Nor is it a diluted version of the original fragrance for, at Chanel, each variation is a genuine olfactory creation. No.5 L’Eau is the No.5 of today.’
And truly, it smells modern. Fresh. (Dazzlingly so, powered out of the so-familiar bottle on a cannon-burst of aldehydes.)
Citrusy mandarin, lemon, bergamot and orange boost the freshness, in the top notes. The famous heart’s intact – but now cedarwood and sandalwood hum in the base.
To accompany the launch – and the print ad. campaign with Lily-Rose Depp – we invite you to watch these two short teasers for full-length commercials which will appear later this year.
We’ve spritzed Chanel No.5 L’Eau on all sorts of people who profess that ‘I’m not a Chanel No.5 person’ – and are converted. We’ve also had friends who’ve come within air-kissing distance comment: ‘Oh, what’s that you’re wearing. It’s familiar – but I can’t quite make it out…’
As the slogan goes: ‘You know me. But you don’t know me.’
Whoever on Chanel‘s marketing team came up with that utterly nailed it.
By Jo Fairley

Categories: Features, Just launched
Tags: Chanel No.5 L'Eau, Lily-Rose Depp, Olivier Polge
Recommended Posts
RECENT POSTS
CHECK OUT:
LATEST FROM OUR SHOP
Follow By entering your email address you agree our blog partner (BlogLovin) sending you emails with our latest blog. You can always unsubscribe. We do not pass your information to anyone else. See our privacy policy.