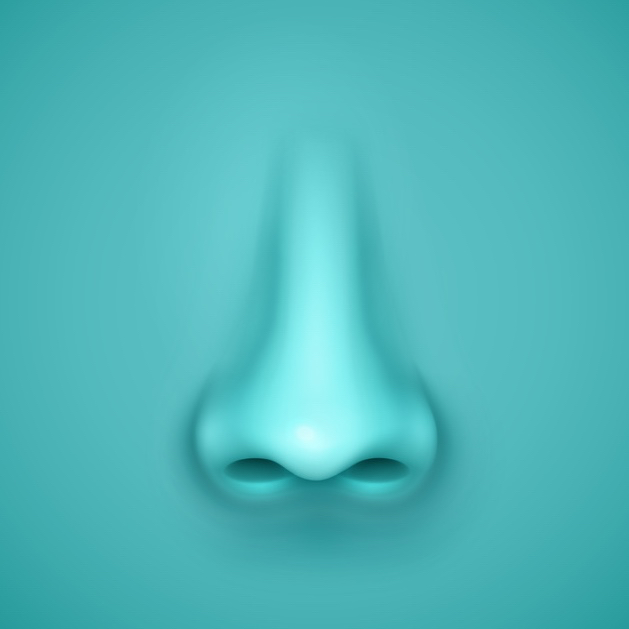 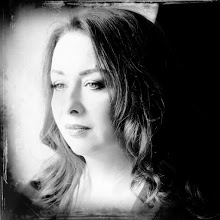 What happens to a fragrance writer when she loses her sense of smell…? There are plenty of reasons The Perfume Society loves Louise Woollam‘s blog, GetLippie – but her honesty and insights into what for many of us is unthinkably awful scenario has really touched us.

Louise wrote about her experiences with parosmia – a form of scent disorder which means smells are ‘distorted’ (and not in a good way) – in the Love & Scents edition of our online magazine The Scented Letter. But on her excellent blog – which has for six years been covering interesting beauty ‘finds’, interspersed with Louise’s fragrance reviews – she also wrote about a long-planned, longed-for trip to Paris’s Osmothèque Museum, and her experience as ‘A Parosmic at the (An)Osmothèque’ ought to be shared with our fragrance-lovers, we thought. (To read more about some of the fragrances she writes about, click on the blue name. 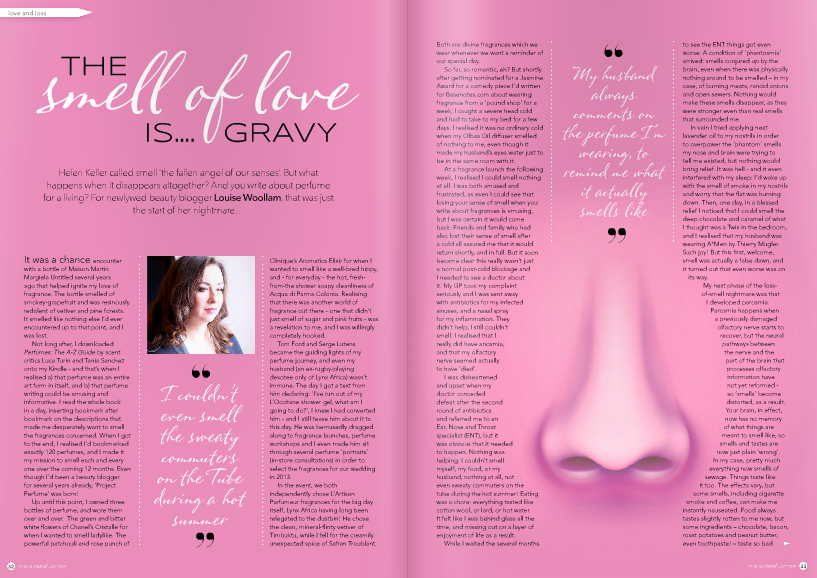 So: meet our Blogger of the Month – and enjoy a great read.

‘A trip to the Osmothèque perfume museum in Versailles seemed like a dream come true when I’d booked it through Odette Toilette in April 2014.  Billed as an opportunity to smell classic fragrances dating back as far as the 1800’s (in faithfully recreated “original” formulations), plus an opportunity to talk through the history of those fragrances with master perfumer Thomas Fontaine of Jean Patou, it was a trip genuinely not to be missed.  I booked gladly, and forgot all about it for the best part of the year.

Come November, and the time to travel however, the trip seemed more like a cruel joke put out by the universe. Having lost my sense of smell completely in the meantime, only to have it partially recover (then further discover that all smells were now completely distorted; being both disgusting and nauseating), a trip to a perfume museum under the circumstances seemed rather perverse, not to mention slightly masochistic.  Who would want to put themselves through that?

Turns out, I would.

On the Eurostar over to Paris, my travelling companions were sweetly amused when they found out my predicament: “Everything smells like poo?  Really?  Why on earth are you coming?” I had answers for the first and second of those questions (“yes”, and “yes, I know, you couldn’t make it up, even it you wanted to”), but a clear handle on the third proved elusive.  One of the reasons was that I’d paid for the trip already, dammit!  Plus, there was the fact that it was a once-in-a-lifetime opportunity for a perfume nerdling like myself. A lot of my friends were going and I wanted to see them, and share in the experience with them. And finally (probably the most likely): I’m stubborn, and I HATE the situation I’ve found myself in, so I was blummin’ well going to show my nose who is boss, for once.

A lunch at the Palais de Tokyo before the museum visit proved parosmia-challenging, consisting of giant chunks of raw radish with butter and bread, followed by fish (noticeably delicious) in a bacon sauce which proved in the end to be too inedibly creamy and slimy-feeling for me to finish off. But there was tapioca with slices of mango for pudding, and I could eat some of that, and as you might expect, the wine was good. Very good.  Not as good as gin would have been, but I digress. However, in a hugely amusing twist (for me), it actually turned out I was far better served by my food than my “olfie”*** colleagues who had ordered the “chicken in caramel sauce”, which turned out to be a far more literal dish than anticipated. Chicken in runny, buttery, sugary caramel. So for once I got to watch others being completely off-put by their meals in a way that felt both amusing, and, in its way, oddly comforting.Schadenfreude, perhaps? Anyway. “Possibly”, I thought, “today might not be entirely what I am expecting”.  And so it proved to be, in a variety of ways.

The Osmothèque is oddly situated in what appears to be a residential street, and Versailles itself feels far more “surburban” than I anticipated. I guess after spending time in Serge Luten’s rather monastic Morrocan-themed private rooms in his Palais Royal salon(again a surprise after the gorgeously insanely-lit deep-purple intergalactically baroque shop-floor) and, having experienced the marble and gilt splendour of Guerlain’s spa on the Champs Elysées firsthand,  then having felt my heart flutter in the beautifully “frou-frou” (not to mention marabou!) stores of Caron around Paris, I was expecting the world’s only “perfume museum” to be a little less, well … less of an unassuming office block with an attached canteen, let’s put it that way.  I think I was expecting more of a temple. A monument. An eden. Something with glitter, at the very least. Paris tends to have that effect on me! Admittedly, I never expect things to be merely “normal” in the City of Lights. 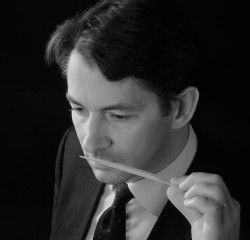 What is clear from the Osmothèque’s décor is that perfume is a serious, not-at-all frivolous business in France, and it was made clear from the outset of our day that maintaining the history of the perfume industry is also a serious undertaking. Thomas Fontaine, who led our discussion on fragrance, also takes his perfume seriously. French perfumers, with a few gloriously eccentric exceptions generally do, in my (brief!) experience. Thomas, who is a charming, handsome, and entertaining gatekeeper of scent, treated us to a brief background into the history of the Osmothèque itself, then rattled off some entertaining statistics and “facts” about olfaction and fragrance, before taking us through a guided sniff of 30 or so fragrances through the ages.  (I’ll discuss why the “facts” in the “facts about olfaction” part of that sentence is in inverted commas in a later post – it is too big a digression to go into here).  We started with fragrances from 1880 and worked our way forwards to (almost) the present day.

Beginning with Lubin and Eau de Lubin, alongside Vinaigre des 4 Voleurs as examples of the earliest, and entirely natural, fragrances, we quickly moved onto two unabashed classics, Fougère Royal by Houbigant and Jicky by Guerlain as synthetics became important in the making of perfumes.  Each fragrance was presented with a little history of the notes, the perfumer, the perfume house presenting the fragrance, and a notation of why the perfumes were important, or just noteworthy in themselves.

Also included in our “tour of fragrance” were original formulations of Guerlain’s L’Heure Bleue, Chypre from Coty – so influential an entire category of fragrance is named after it to this day – Caron Tabac Blond, the original Arpège by Lanvin, Shocking by Schiaparelli, and Joy by Jean Patou. 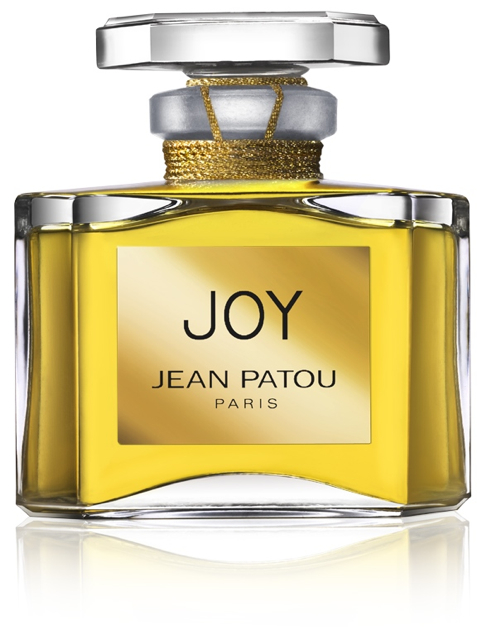 Going through the fragrances one by one, and learning more about each one’s tiny place in history was fascinating, even when (as I’d feared), I couldn’t smell much. And, it turned out that much of the little that I could smell at times was indeed parosmically distorted. The alcohol that dilutes many fragrances has a salty, metallic, oddly savoury scent to me, completely masking any ingredients, and this was compounded by the sweetness of many fragrances also causing a strange flatly-stale vanillic effect, so many of the fragrances we sampled simply smelled of salty, savoury, vanilla, in a way strangely reminiscent of bacon-flavoured candyfloss after a night on the Southern Comfort, if you can imagine such a thing.  Headache inducing, and slightly stomach-churning, but not tooterrible.  But then, violets happened.

Specifically, Vera Violetta by Roger & Gallet happened.  I realised that what I could smell wasn’t a booze-soaked gastroenteritis-plagued pig who’d been rolling in icing sugar, like the previous fragrances, but actual, real and undistorted violets.  This was the first thing I’d either smelled at all, never mind “correctly” in over six months.  Do you know what smelling something undistorted is like after six months of either smelling nothing or only smelling sewage for more than half a year?  Well, whatever you’re imagining now, you’re wrong, let us put it that way.  That first, ever-so-faint, and rather prickly smell of violet was probably the most beautiful thing I’ve ever had near my nose, and will probably remain the most beautiful thing I’ve had near my nose for a long time yet to come.  There were tears, and for the first time (but not the last, it turns out) since losing my sense of smell, they were happy tears.  No parma violet hasever smelled so sweet, not will ever do so.

Other revelations followed, with pointy and fresh citrus in Jean Patou 1000, and Rochas Moustache Concentrée, and with more violetty ionones turning up  in L’Heure Bleue, and Bourjois Soir de Paris, it was a revelation that not only were there things that smelled “right” to me, but things that smelled “good”. This, coming along at a point where I genuinely thought I was having to resign myself to never smelling anything “nice” ever again, was a turning point for me.   I hadn’t realised just how dark, and unfulfilled, a life either without smell entirely, or a life with only bad things to smell had been until then.  Violets were a sweet revelation, but a bittersweet one beneath the initial happy reveal. 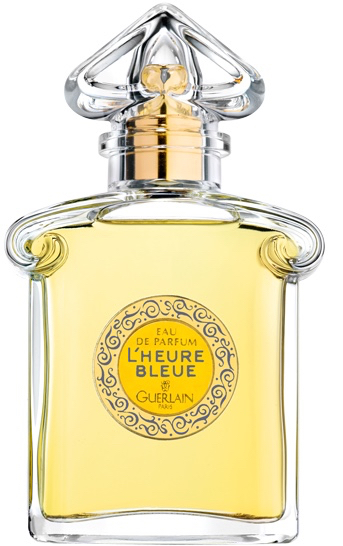 I also found that I was smelling even non-violet or citrus fragrances much better at the end of the session than at the beginning, which was another revelation.  From what was genuinely one of the darkest points of my life, a tiny, purple light had started to beckon, and, unbeautiful though it may be in its own right, the Osmothèque now gains landmark status in the heart of this parosmic perfume writer at least.

All in all, if you can smell (and, as it turns out, even if you think you can’t) and have an interest in perfume, then a trip to the Osmothèque is probably the most magical experience, comprising theatre, history, and, of course, perfume,  that you can have in an office block in the Paris suburbs.  I urge you to go.

All I need now is a violet and citrus perfume of my very own. There’s one on the way, it turns out, thanks to an astonishingly talented (and incredibly generous) friend, but that is very much a story for another day…’

The Perfume Society looks forward to bringing you news of Louise’s ‘parosmia’ perfume soon – but meanwhile, check out more of her work on www.getlippieblogspot.com