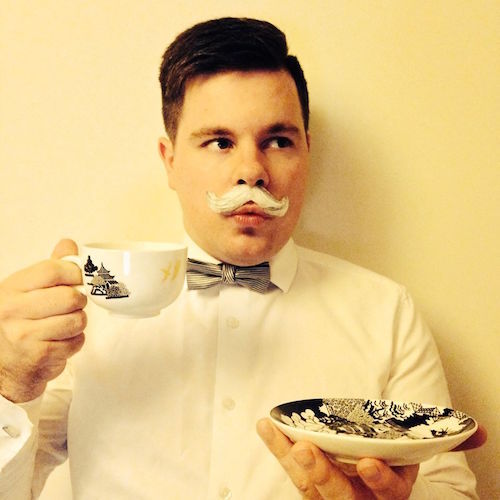 We know you love reading about perfume – so from here on in, each month we will be introducing you to someone whose fragrance writing we enjoy – and we think you will, too.

Thomas Dunckley writes the multi-award-winning blog The Candy Perfume Boy, which chronicles his obsession with fragrance and ‘all things smelly’. His first Jasmine Award-winning piece was The Candy Perfume Boy’s Guide to Violet, an olfactory exploration of that particular sweet-scented ingredient as part of a series which also looks at oudh, orange blossom, chocolate – and here, vanilla. (To find the fragrances on-line, click on the blue name.)

The Candy Perfume Boy’s ‘Guide to…‘ series is an award winning fragrant exploration of the individual notes that make up the vast and multi-dimensional spectrum that is the world of perfume. In each episode, we take a detailed look at a particular ingredient, analysing its odour profile and the ‘must sniff’ perfumes that serve as reference examples within the genre.

Writes Thomas: ‘In this instalment of The Candy Perfume Boy’s Guide to…, we’re going to explore all that is vanilla – a note that is as well-known as it is delicious. The use of vanilla in perfume is most certainly plentiful and to serve you, dear reader, I have separated the wheat from the chaff to present you with eight vanilla perfumes that are absolute must sniffs on your fragrant journey. I promise you that they all smell absolutely fabulous!

Vanilla comes from the Vanilla Planifolia, a species of vanilla orchid that stems from Mexico. Due to its high content of vanillin (a phenolic aldehyde that gives the smell and taste we all know, and love, as ‘vanilla’) the plant’s fruit, or pods, are the primary source for vanilla extract. Growing in hot, humid and tropical environments, vanilla is a truly exotic ingredient that has been adopted throughout the world and put to varying use in gastronomy and perfumery from country to country. It is anything, if not versatile.’

The Smell
Vanilla is definitely one of the most complex smells in the perfume kingdom. It can smell sweet, sugary, spicy, leathery, rich, creamy, powdery, rubbery, earthy, fuzzy, floral and gourmand. The real stuff is much more exotic and spicy than cupcakes and ice cream would lead one to think, and it can be used in remarkably different ways, creating a genre of textures, smells and ideas that are all absolutely ‘vanilla’. When it is treated with care and attention, vanilla can be nothing short of divine…

In this guide you will find The Candy Perfume Boy’s reference vanillas – those perfumes within the genre that simply must be smelled before one can consider themselves as a vanilla expert. These perfumes range from the more simplistic interpretations on the note to the complex and surprising.
Here are the reference perfumes that are an absolutely essential part of your vanilla education…
I start this guide in the manner in which I start all of my guides – with a ‘straight-up’ offering, i.e. a fragrance that captures the essence of an ingredient in its truest form. Vanilla is such a complex material that it doesn’t really translate into a pure or simple form within perfumery, so my ‘straight up’ option, 7 Billion Hearts by CB I Hate Perfume can be considered as a fragrance that gets as close to the real smell of vanilla extract as is possible.
When I first reviewed 7 Billion Hearts upon its release, I described it as smelling like “the best vanilla extract in the world“, and that is a statement that I still stand by wholeheartedly. This vanilla is a strange vanilla, it feels rich and pure as you would expect from ‘the real thing’ but at times it can feel like a vanilla seen through a kaleidoscopic lens, casting new shapes and colours onto the skin.

7 Billion Hearts is a shape shifter. It starts with an almost sour take on vanilla and then becomes velvety sweet before progressing into toasted sugar and caramel territory. It eventually ends up as a blend of salty caramel and a lightly smoky amber that is strangely abstract, and never really feels particularly edible, despite the many gourmand facets it portrays. To put it simply, 7 Billion Hearts is pure vanilla in all of its beautiful glory. 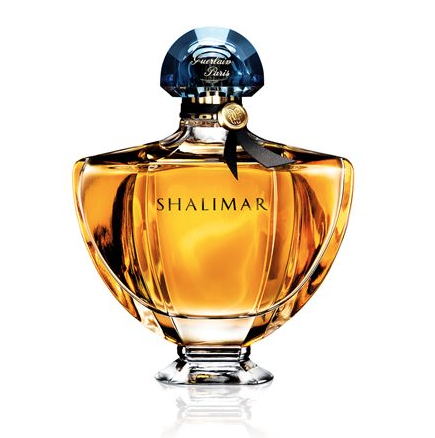 Shalimar is often regarded as the Queen of all Ambrées. She’s a flirtatious flapper girl from a jazz age that celebrated the funkier side of life. It stands to reason then, that Shalimar’s use of vanilla would be positively royal in its demonstration. Of course, this fragrance is about bergamot and opoponax, and not just vanilla, but it is the Queen V that reigns supreme as the very heart of Shalimar.
Created in 1925 by Jacques Guerlain as an extension of 1889’s Jicky, Shalimar boast a metric ton of ethyl vanillin, a rich and creamy ingredient that captures the edible smell of vanilla, evoking powder, spice and sweet creme brûlée. In Shalimar the vanilla is heavy and opulent, like a plush velvet curtain in a dusty old theatre, and wonderfully smoky. For a multi-faceted and richly textured vanilla, Shalimar really is hard to beat.

Tom Ford is a dude that has a lot of respect for perfume. He has overseen the creation of intriguing and revolutionary blends for the likes of Gucci and Yves Saint Laurent, not to mention his own brand with its many Private Blends. The Private Blend Collection is Ford’s very own fragrance laboratory that sees a fragrant exploration of the plethora of materials the world of perfumery has to offer. His vanilla, Tobacco Vanille, is one of the collection’s most popular offerings and it is undeniably a cult fragrance amongst perfume lovers. So, what makes it so great?
Well it comes down to spice, and lots of it. There’s tobacco too, of course, and this one evokes the idea of cherry pipe tobacco, but the main theme is spice, spice, and more spice. To my nose, Tobacco Vanille is chai-spiced, giving the impression of a hot cup of indian tea with strong cinnamon, cardamom and clove inflections. The result is delicious and surprisingly wearable, especially in the colder weather when Tobacco Vanille becomes an essential piece of armour against the biting wind. Simply put, TV warms the cockles of your heart in a highly precise way that is undeniably ‘Tom Ford’. 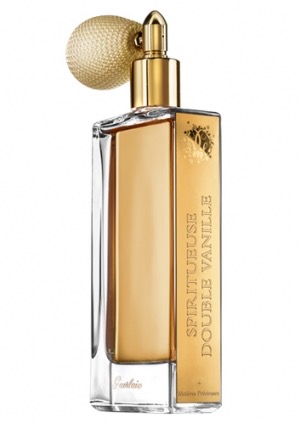 Go home Spiritueuse Double Vanille, you’re drunk. I kid, I kid, this vanilla hasn’t had too much to drink but it most definitely has had more than a mere sniff of the barmaid’s apron. Guerlain is a house famed for its olfactory desserts (often being referred to as the patisserie of the perfume industry), ranging from the super-smoky creme brûlée of Shalimar to the liquorice-filled fruit tart of La Petite Robe Noire, and Spiritueuse Double Vanille is absolutely no exception.

This vanilla is the alcohol-soaked baba au rhum of the Guerlain lineup. If Shalimar is full-on creme brûlée, Spiritueuse Double Vanille captures the texture of a light chantilly cream, albeit one filled with a shot or two (better make that three) of rum. The fragrance boasts a prominent cherry facet from the outset, but perhaps the most noticeable nuance is of tropical flowers, such as jasmine and ylang ylang, that add a beautifully waxy and rubbery feel. Booze fuelled, delicious and transparent – Spiritueuse Double Vanille is a complex vanilla that never feels ‘too much’ of anything. 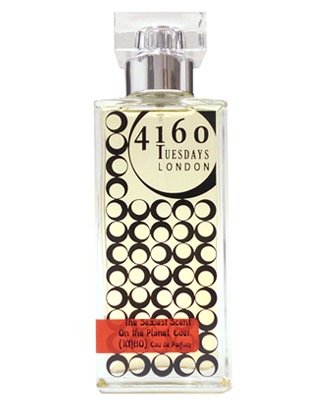 Sarah McCartney, the perfumer behind British Indie house, 4160 Tuesdays, is most certainly clever. Throughout her perfumes she displays an innate understanding of how natural and synthetic ingredients tick, pairing them together to make wonderful, surprising, novel and beautiful creations. The Sexiest Scent on the Planet. Ever. (IMHO) is one of her most enjoyable and it’s a great example of vanilla as a supporting act within a wider composition.

The Sexiest Scent pairs an Earl Grey-like bergamot note with cedar wood, vanillin and ISO E Super, a woody aroma chemical that adds lift and a plush texture. The result is an understated fragrance with a fuzzy texture that feels sparkly, smooth, and as the name would suggest, really quite sexy. It should be mandatory for everyone to have a bottle of this stuff in their wardrobe, even if it did result in a population increase.

Poor Gaultier² (Gaultier to the Power of 2) really doesn’t get the props it deserves. Created as a his ‘n’ hers scent by industry veteran, Francis Kurkdjian (an olfactory rebel, if there ever was one), Gaultier² is a very human vanilla that perfectly captures the idea of naked bodies locked in intimate positions (ooh err). That may sound a bit raunchy, and Gaultier certainly isn’t a man known to shy away from controversy, but the result is so natural that it actually comes across as more romantic than sexual.

Gaultier² achieves its human vanilla by pairing the note with a salty amber and a sweaty musk. Together, these three notes create a very French vanilla that is unmistakably gourmand, almost biscuit-like in fact, with grape-like nuances and a heady base of human-like warmth. If you’re in the market for something a little more off-kilter and a tad on the porn-y side (and let’s face it, who isn’t?), then Gaultier² is an absolute must. 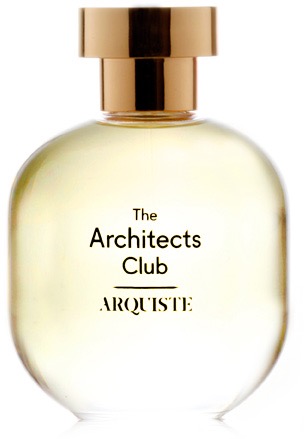 Mexican architect, Carlos Huber is an absolute breath of fresh air in the perfume industry. With so many ‘niche’ fragrance outfits popping up on an almost daily basis, it is refreshing to see someone with a passion for scent and a strong concept join the foray. Arquiste is the name of Huber’s brand and it celebrates specific moments in time via the medium of fragrance, working with the new guard of perfumers such as Yann Vasnier and Rodrigo Flores-Roux to perfect his very own form of fragrant time travel.

The Architects Club is an olfactory time capsule set to ‘cocktail time, March 1930, London’, but it’s also the most marvellously multi-faceted vanilla that uses citrus, leather and woods to emphasise the multitude of nuances found within natural vanilla. This creates a delightfully fresh vanilla with wonderful lift and presence that smells of the note in isolation, but also everything else at the same time. This is history, modernity and olfactory art at its most intriguing…

Thomas is also a contributor to a Twitter project called Fragrant Reviews. The idea? To produce short, snappy fragrance reviews in 140 characters or less. Follow @fragrantreviews. 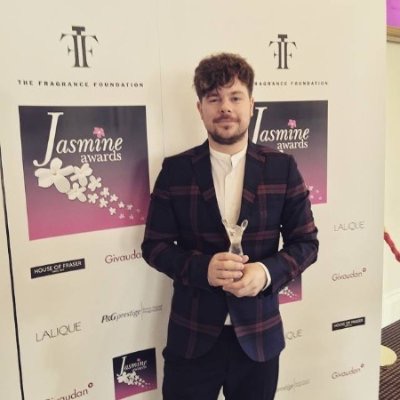 Category: News
Recommended Posts
RECENT POSTS
CHECK OUT:
LATEST FROM OUR SHOP
Follow By entering your email address you agree our blog partner (BlogLovin) sending you emails with our latest blog. You can always unsubscribe. We do not pass your information to anyone else. See our privacy policy.