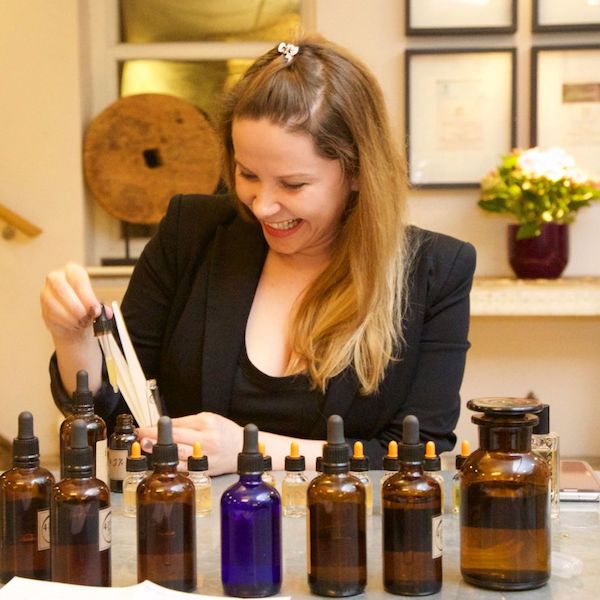 As part of our ongoing Working Nose series, we were thrilled to meet up with one the busiest and most talented of perfumers – the incredible Bertrand Duchaufour.

We met with Bertrand at the launch of a new trio of fragrances for Miller Harris, for whom he created Hidden (On the Rooftops) as part of the Forage collection. Inspired by urban foraging and the joy of happenstance, these scents focus on seldom used ingredents which we may overlook or even tread on as we traverse our cities.

Miller Harris chose Bertrand along with fellow perfumer Mathieu Nardin (who made Lost (In the City) and Wander (Through the Parks), and you can read Part One of our perfumer interviews with Mathieu, here.

I began by asking Bertrand how he went about translating an original brief into a final perfume. How does that alchemical process actually begin…?

Bertrand Duchaufour: ‘Well this is my interpretation of foraging, and I think the original concept was to take the idea of humans foraging – you know, wandering through parks and gardens in cities and coming across this incredible array of plants, herbs and flowers we don’t normally stop to look at. In fact we came to London with the Miller Harris team and went foraging with a professional forager. It was really very eye-opening to take this practical trip as a creative exercise.’

So, did you end up using ingredients in Hidden that you’d never used before?

‘No not really, but here’s the interesting thing – although I’ve used all these ingredients previously, it depends on the way you work with them, how you make your accords, what else you put them with, and then you can make new smells that replicate the ones you were inspired by. As a perfumer it’s not always a matter of just writing a list of ingredients you come across and then using them to re-create a scene, because often that doesn’t work.

I try to translate certain plants and herbs I found, the smell that came from scrunching up their leaves, and it was really quite amazing to try and accomplish this. Foraging for me was something completely different, and for this fragrance I tried to look at it from the perspective of a bee. I imagine the route the bee takes, all the flowers they visit in that area. It’s a bee’s eye view of a city!’ 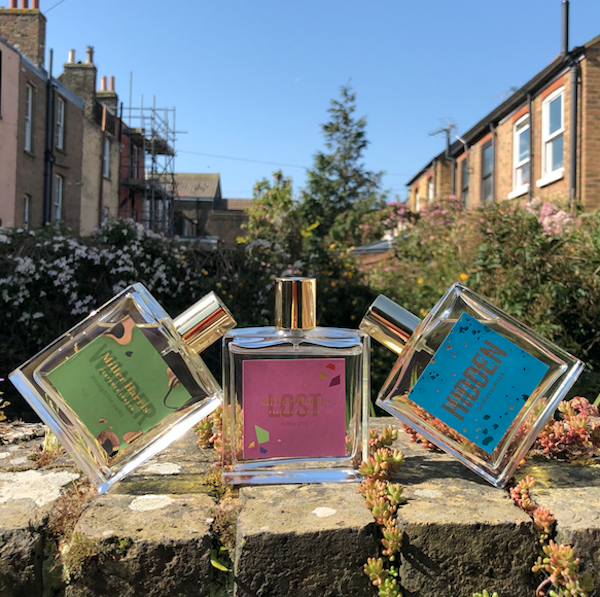 ‘I only recognised one plant I could eat while foraging, the Wild Garlic, which we also have in France – and I used that to make a homemade pesto!’

Why do you think we so often overlook the plants growing around us and think of exotic ingredients for fragrances?

‘Well I guess we are just not that curious! We tread on them almost every day, but we worship the expensive materials we don’t have access to.’

Do you have a set routine for working on a fragrance, or does this change depending on the project?

‘Too much focusing on just one project is never good as a perfumer, you get lost in it and can’t see clearly anymore. Spending all day long on one fragrance is not healthy. I’m always working on many things at the same time. Sometimes you just happen on an idea, it comes to you just like that [snaps his fingers] and those ideas are usually the best!’ 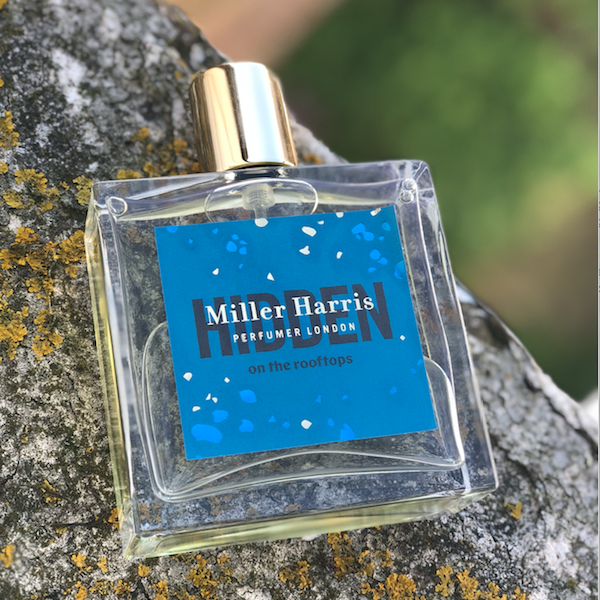 Are there visual stimuli used to help with the creation of each perfume?

‘Sometimes yes, sometimes no. For Miller Harris they gave me a moodboard made up of photographs, and this is a starting point, I found it very inspiring because ideas start to form in your head right away. It gave me the idea of having the bee’s eye view, foraging from the bees, just from the photographs. I thought that because honey can taste very different depending on where the bee forages, the same should be true of this fragrance.’

Do you prefer to get up early in the morning to begin?

[Bertrand looks utterly aghast at the word “prefer” in regards to getting up early, so I modify the question as ‘Is there a time of day you work best?’]

‘Again, it depends with each project. I have so little time to just sit and think, so there is no going for a long walk to find my muse or anything like that! I work on perhaps twenty or thirty different fragrances at once, so sometimes you just have to get your head down and get on with it.’

‘Maybe Jean-Claude Ellena can use the luxury of time – you know, wandering around his garden – especially now he is retired, but the majority of perfumers cannot!’

Miller Harris seem very good at allowing perfumers to interpret the brief in their own way. How do you find working like that?

‘It’s a different way of beginning, certainly, and really interesting, but in the end you still have to go through the same process, and so I always work the same way. You have a concept, and there are many ways to interpret even one word of a brief, or the way you are inspired by a picture. I like to talk about synaesthesia, the way these things cross over in our senses, the millions of ways we can each translate something. Synaesthesia is the art of making correspondence between one expression of a sense to another one, and it’s not that easy. For me a patchouli, for example, might be likened to violet or something purple. I might be convinced of that, but Mathieu might have a completely different idea. It always has to be personal.’

Miller Harris say: ‘High above the city, London is home to countless hives of diligent honeybees. A whoosh of fresh honeyed floralcy leads you to the crisp green privet of a HIDDEN rooftop garden. The hazy yellow sun warms new flowers, motes of pollen and seed buds dance lazily.’ 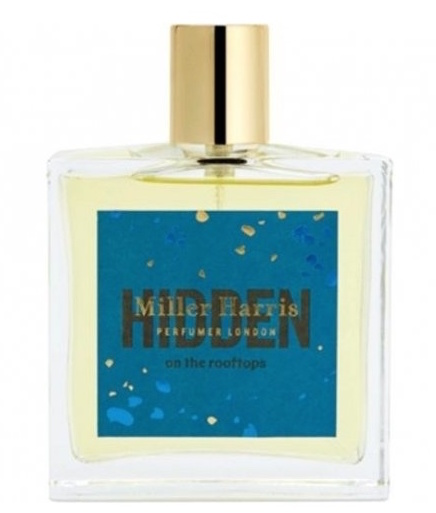