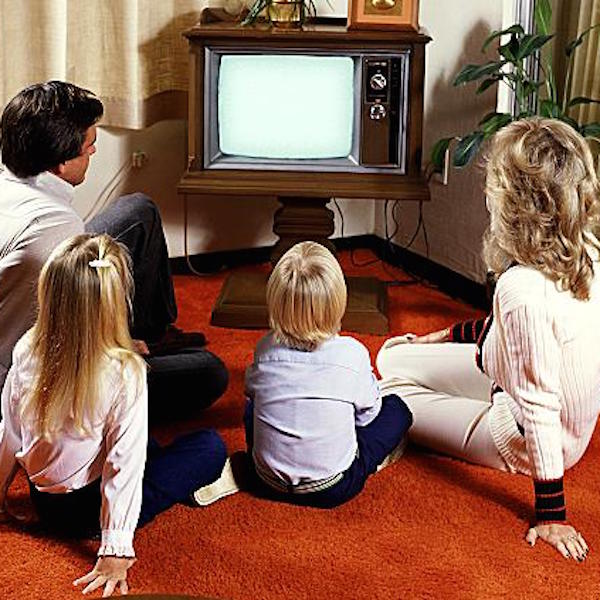 A little while ago we regaled you with our selection of reto perfume ads from the 1980s, and you loved them so much we just had to continue the theme. Here, we shift the focus to 1970s fragrances, and you’d better hold on to your bell-bottoms, because there’s much to take in…

She’s been sweet, and she’s been good, she’s had a whole full day of motherhood, and she’s going to have… a bottle of gin. In fact no, she’s going to have an Aviance night. We, the viewer, are not informed as to what ‘an Aviance night’ might comprise, but the way she so seductively peels off those cleaning garments suggests someone’s in for a great time. We can only hope it’s her, alone, with the bedroom door locked, a Demis Roussos record turned up to eleven, and that aforementioned bottle of gin.

You have to hand it to Prince Matchabelli, they sure knew how to roll out attention-grabbing advertising campaigns. Here, we are introduced to the novel idea that a woman can have two sides. Yes, TWO! She might be at work, in a suit pointing at things; she might be at a fancy restaurant behaving all ladylike… ‘but up close, she’s something else.’ Did we mention she has two sides? Explore both of yours by watching, in awe.

We desperately want Mrs Slocombe from the 70s sitcom Are You Being Served to turn up in the middle of this, saying something, crossly, about her cat. Be careful how you slap on that Hai Karate, chaps, because we can’t see many department stores putting up with this kind of tomfoolery in the fragrance section anymore.

This Tabu ad is actually rather subtle and well done (especially when compared to other 70s-tastic scent ads on our list), with a countdown to seduction… but are we shallow for thinking ‘those EYEBROWS!’ when she finally turns around? It’s in comparisson with today’s rather bushier brows, we know, but still. Also, she looks a little nonplussed and about to burst out laughing. Back to perfume – if you can get your mitts on a vintage bottle of Tabu, you really should grab it, because it’s sublimely filthy in the very best way.

‘When a woman puts Denim on a man…’ well, she probably shouldn’t wipe it all over his mouth, no? We’ve seen lots of men put fragrance on all by themselves, and have yet to witness one rubbing it into his lips, but perhaps this was something all 70s dudes did? We like to imagine after the director yelled ‘cut!’ on this one, the male model was immediately asking his female colleague what the hell she was playing at. Perhaps a pre-fragrance-filming tiff!

Enjoli is the ‘8-hour perfume for the 24-hour woman’, which has us wondering – why not a 24-hour perfume to match her cut and thrust lifestyle? If she’s not ‘cooking bacon in a pan’, she’s ‘blowing kisses’, and somehow managing to go to work in between. It’s non-stop (unlike the perfume, apparently). Yes, this entire advert’s take on Peggy Lee’s “I’m A Woman” might leave you wondering why, quite often…

Finally, for deliberately funny one, watch this commercial for ‘Charming’ (clearly a spoof of the Revlon Charlie ads) which was a sketch on the Donny & Marie Osmond Show. We love commedian and actress Ruth Buzzi as the second ‘Charming girl’ trying out for the part – a more realistic representation that we can definitely relate to!

Written and selected by Suzy Nightingale

Categories: Slider, Features
Tags: perfume, scent, vintage, retro, adverts, 1970s, commercials, 70s, seventies, fragrance
Recommended Posts
RECENT POSTS
CHECK OUT:
LATEST FROM OUR SHOP
Follow By entering your email address you agree our blog partner (BlogLovin) sending you emails with our latest blog. You can always unsubscribe. We do not pass your information to anyone else. See our privacy policy.